In more and more places where you can have breakfast, brunch and lunch, they also have vegan dishes on the menu. And a lot of places do have vegan pancakes! Not those tasteless dry things, but large stacks of fluffy American pancakes. Where should you go for the tastiest pancakes in Amsterdam? We have listed them.

This hotspot in the Pijp doesn’t lie. Here you get large stacks of fluffy American pancakes. The presentation is great and the flavor combinations surprising and delicious. Savory and sweet varieties, such as the Matcha pancake stack or Cinnamon Rollercoaster. Not in the mood for pancakes? They also have breakfast bowls of coconut yogurt, fresh fruit, granola or acai bowls.

Tip: Go there for brunch because the portions are large!

Where in the beginning you could only get ‘normal’ pancakes here, they have now improved the recipes and there are also vegan pancakes on the menu. And what kind! The batter is infused with saffron. You get thick stacks of pancakes and it is difficult to choose … The Blue Magic with blueberries, The Heavy Mama with walnut, banana and peanut butter or Vegalicious? In any case, do not leave the house until you have tasted the homemade vegan saffron ice cream! MOAK now has two locations. Near Waterlooplein and in Amsterdam old-west.

One of my favorite brunch and lunch restaurants in the city, perhaps because it’s in my neighbourhod. But also because you know that they also have really healthy dishes on the menu here so it feels less like a guilty pleasure if you eat pancakes. If you fancy sweet, you can go for the sweet buckwheat pancakes with maple syrup and banana. My personal favorite is the savory spinach pancake that is filled with salad, vegetables and a tasty spread like a wrap.

Do you just want real Dutch pancakes as you know them from the pancake restaurant you went to as a child? But do you also want to be able to choose a vegan version or maybe even gluten-free? Pancakes Amsterdam has several locations throughout the city and you can now also get their pancakes vegan and gluten-free! The only challenge now is to choose the menu…

In this lovely lunchroom you can settle down for a tasty and healthy breakfast or lunch. Think of an acai bowl, sandwiches with vegan egg salad or vegan gravad lax and well-filled salads. And of course for pancakes! Vegan, gluten-free and, if you want, even with whipped coconut cream.

Just seeing the home-made cakes at Koffie Ende Koeck will get you mouthwatering! You almost don’t believe that everything is completely plant-based. Here you go for an extensive high tea, breakfast, brunch or lunch. They have delicious Banana Pancakes or Matcha Pancakes here and the latter are also gluten free!

And if you do want to bake yourself:

You will of course find several pancake recipes in the Your 50 Days of Green Happiness books! In the winter edition you will find the Party Pancakes but also the Chocolate Dream Pancakes that you see above. 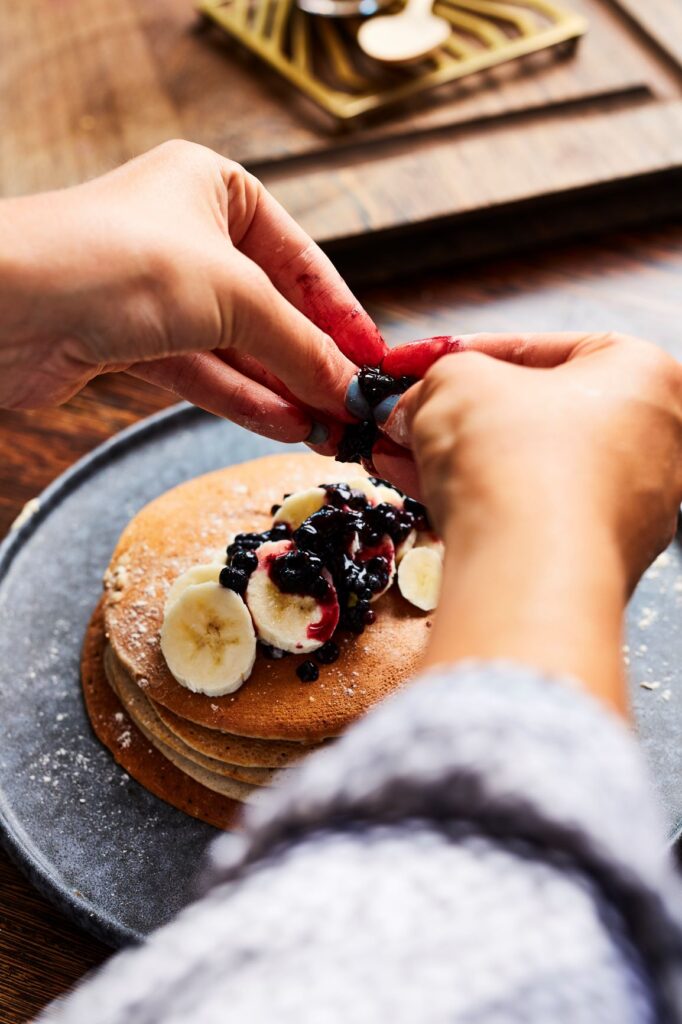 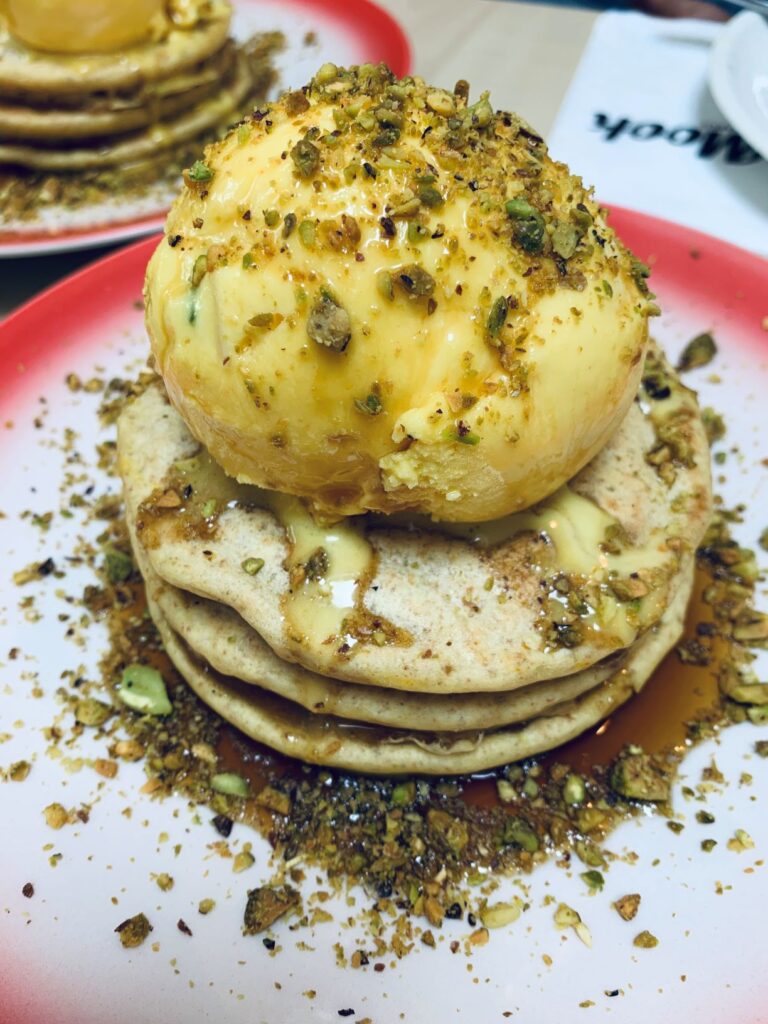 The best recipes for your Christmas breakfast. Savory, sweet, a cake, a Christmas bread and scones. But also a green smoothie, fresh tea with vanilla…